Imagine hearing a tune, finding yourself singing along, and you don't even know the song.
That's a Mike Hamilton original!

The MikeHamiltonBand was formed as a vehicle to perform and record original music.  Melinda and Tom played with Mike in his former band, No Doubt-Crypto, and they have performed on many of Mike’s recordings and live shows over the years.  Dexter joined the MHB in 2015. Mike produced and recorded music for Dexter’s reggae and Soca releases and Dexter performed on Mike’s latest releases “Open Book” and “Pardon My Confusion, Can You Direct Me to the Other Side of Nowhere”. 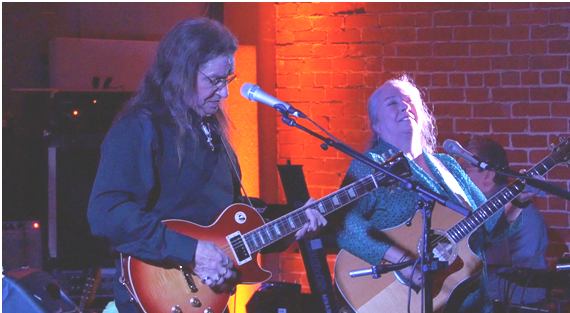